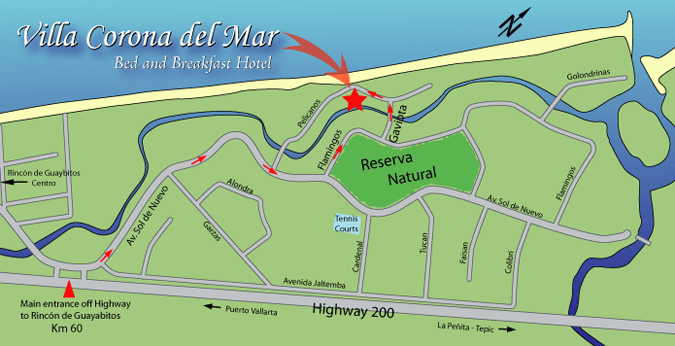 Getting to Villa Corona Del Mar Bed and Breakfast Hotel in Rincon de Guayabitos Mexico can be accomplished in many ways.

Flying into Puerto Vallarta, Jalisco Mexico is the easiest way to get to the Villa.

Most major carriers fly into Puerto Vallarta, check the Internet or with your local Travel Agent for rates and departures. Alaska Airlines is the major air carrier traveling from the Western United States into Mexico.

A taxi can be taken directly from the Puerto Vallarta International Airport right to Rincon de Guayabitos. Cost is around $50-60 U.S.

Taking one of the excellent buses near the Airport is a by far less expensive and more interesting option. Have a taxi driver take you to the Pacifico Bus Terminal. (About 5 min. away from the Airport)At the Pacifico Bus Terminal you’ll find modern, luxurious buses equipped with bathrooms, comfortable seating and many with movies on board! Cost is approximately 50-60 pesos (between $5 to $6 dollars U.S.).Buses leave on the hour and on the half hour. Travel time is approximately 1 hour.

The Pacifico Bus Station is located at the entrance of La Penita. From there take a taxi directly to Rincon de Guayabitos (5 min. away). Buses leave La Penita for Puerto Vallarta every hour and half an hour.

From Highway 200 Tepic-Vallarta drive North apprx. 1 hour. Turn left at Entrance to Rincon de Guayabitos. Turn right at Tourist Center.This is Avenida Del Sol. Drive until you see the Ecological Park sign, Turn Left. You are now on Avenida Flamingos and the Villa lies directly in front of you. However, the front of the Villa is the beach side. Turn Left on the first street past the Villa (Calle Gaviotas). Turn Left again. You are now on Retorno Gaviotas. 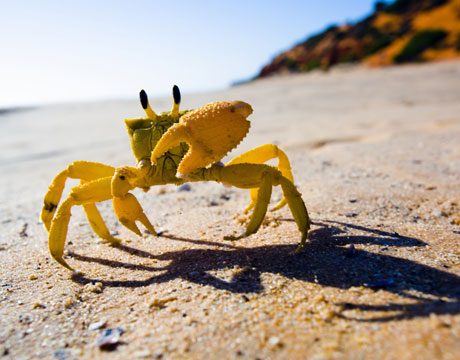